A lot of people will side-eye you if you bring up the topic of spells. But I’d be willing to bet you my next paycheck that there are more people who believe in (and practice) spells than you would think. In fact, you probably know a couple of people who do if you don’t practice spells yourself. 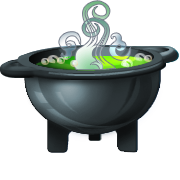 Yes, I love spells. Apparently Jack does too…

I’ve often talked about my love of spells and other rituals because they provide a way to focus intention. And intention is everything.

Yes when I start talking spells, some people will invariably look at me like I’m crazy or start wondering aloud if I am some type of devil worshiper. (No and no).  I used to feel self-conscious so I’d hide that aspect of myself. (I’d never mention the word ‘spell.’ Nor would I dare do anything magical in front of anybody.) However, I’ve learned how to be open about my beliefs (and boy is it freeing). And I know the types of results I get from spells and the peace I feel after cementing my desire through a magical ritual.

And I know I’m not alone. Recently, a report surfaced that Twitter CEO Jack Dorsey once sent rapper Azealia Banks some hair from his beard so that she could make him a spell that would protect him from ISIS. (Apparently ISIS had threatened him in a video prior to this. You can read about that strange turn of events here.) No ISIS isn’t someone you’d want to mess with. The billionaire Dorsey could certainly afford to hire all of the extra security that he wanted (and I wouldn’t be surprised if he did), but there’s something to be said about power that’s of a magical nature. Not even ISIS can touch that.

So why would Jack Dorsey ask Azealia Banks of all people to whip him up a protection spell? Turns out she hasn’t kept it a secret that she’s practiced witchcraft for years. A couple of years ago, she posted some videos on Instagram saying that she had practiced “three years of brujeria,” which is the Spanish word for witchcraft. She even admitted to having sacrificed chickens in her rituals. Of course a lot of people were horrified to hear that she was a witch. People magazine even called her Instagram postings “disturbing.”

Wicca is perhaps one of the most misunderstood belief systems.

The ignorance that people have when it comes to their beliefs about witches is staggering and I wish people would get more educated. While I’m not a witch, I know several people who are and I have read a lot about their belief system. One of my favorite authors who taught me a lot is Silver Ravenwolf. Her book To Ride a Silver Broomstick is one of my all-time favorite metaphysical books.

Below is Azealia Banks’ video. You can see for yourself and make your own judgment.

So back to the magic spell with Jack Dorsey. Banks says that the spell was part of a larger agreement between the two of them that he never lived up to.

“A lot of articles said I put a hex on him but I didn’t. I have no reason to wish him harm. But we made a spiritual pact and he was supposed to make good on his end.”

As a result, she never did the protection spell. However, she says she still has a piece of his hair stored in an envelope.

So what about hair spells…

Hair spells are actually quite popular. Hair has long been used in Voodoo and Hoodoo spells.  It’s widely believed that if someone has a piece of a person’s hair they can use it to cast a hex or spell on them. For this reason, here’s a popular bit of advice worth paying attention to: Don’t leave your hair in a public space where someone could get ahold of it. I always make sure that I don’t leave hair in the sink, for example, after combing my hair in a hotel or other public setting.

Hair is also believed to symbolize a person’s power. Remember the story of Samson? Samson was a Biblical character who had the strength of a super hero — until he cut his hair. As the story goes, Samson’s power and strength were literally connected to his hair. So when it comes to spells and magic, a person’s hair is often used to symbolize that person’s essence.

Knowing what I know about hair, if I were Jack Dorsey, I’d be careful to stay on Azealia Banks’ good side.