One of the premises of this site is that life takes place on many different levels. Most events in life have a deeper meaning if you look for it. As people look back on the life and death of musical icon Prince, it’s interesting to note that some of the lyrics in his songs seem to eerily predict details of his death.

The timing of Prince’s death 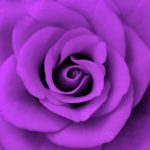 Prince died on April 21, 2016. There’s nothing strange about that. However, in a Prince song titled, Sometimes it Snows in April from the 1986 album Parade, Prince describes the death of a loved one in the month of April, and how the Spring used to be his favorite time of year, but now it only reminds him of the tears associated with loss.

The hook of the song is:

Sometimes it snows in April
Sometimes I feel so bad, so bad
Sometimes I wish life was never ending,
and all good things, they say, never last

That he would choose April to associate with death, loss and grief and then go on to die in April is ironic or perhaps simply something his soul always knew.

The location of Prince’s death

Then there’s the fact that Prince died in an elevator. That’s already an uncomfortable thought – the ideas of elevators and being trapped and all. But when you look at the lyrics in Prince’s hit song Let’s Go Crazy that reference an elevator, once again, it  makes you wonder if Prince had an intuitive sense about how his death would play out.

First of all, it’s important to note that the entire song has elements of death to it.

The first lyrics of the song are:

Then we get into the use of the word ‘elevator’:

And if the elevator tries to bring you down
Go crazy, punch a higher floor

Later in the song, he sings:

Are we gonna let the elevator
Bring us down
Oh, no let’s go!

Could this have been something he intuited when writing the song or did he sense he was dying and go to his elevator so that he could exemplify his own symbolism? Many believe that spirituality and creativity are experienced in the same part of the brain. The similarities between the lyrics and his death are fascinating.