Near death experiences are not uncommon. Yet an NDE isn’t an experience that most people can truthfully admit to having had. So why do some people have visions of the afterlife and get a chance to choose life over death while others don’t? 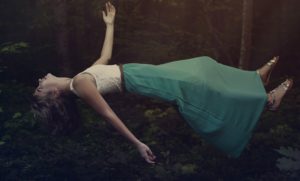 What is an NDE?

When people recount near death experiences, the stories often have certain elements in common. Many people describe themselves entering a different dimension or a realm that seems out of this world. Some people describe walking through a tunnel toward a light. Some describe a shadowy setting that is different from their conscious world.

People also tend to describe the way they feel during a near death experience. Many describe a feeling of universal love and peace. They feel safe, supported and better than they’ve ever felt in their life. Many describe seeing deceased loved ones, or communicating with some other type of warm and loving being. In some cases, people say they chose to go back to their physical lives rather than continue on to the afterlife.

Here is an example of a near death experience. Thirteen-year-old Trenton McKinley, a teenager from Mobile, Alabama suffered a traumatic brain injury after he and his friend were playing with a dune buggy. Doctors gave McKinley a poor prognosis and his parents had agreed to have his organs donated. Though he appeared to be hovering in a state of unconsciousness, McKinley said he spoke to God.  He described the experience of walking through a field with a shadowy bearded figure and told FOX 10 News: “There is no other explanation but God.”

Of course some say that near death experiences are not a spiritual phenomenon at all but rather easily explained by science. Some speculate that visions believed to be NDEs are nothing more than hallucinations caused by a spike in brain activity as a person nears death. Yet many people who claim to have had near death experiences go on to describe how their lives transformed after the fact. It’s hard to blame that on science.

So do some people have NDEs while others do not? Some possible reasons for the disparity follow.

Some may not remember experiencing an NDE. It is very possible that more people have near death experiences than we realize. Every person that experiences a period of being unconscious may not recall what happened.  There could be people who did, in fact, communicate with someone from a different dimension. Yet they can’t bring this memory to their conscious mind.

Some are more open to the idea. When we are close minded to something, we can miss seeing what is in front of our faces. It is possible that some don’t have near death experiences because they aren’t open to the idea. They may think it’s fanciful so they close their mind to the opportunity.

Some are natural seekers. On the flip side, there are people  naturally drawn to spiritual events. They may be naturally intuitive and open to the idea of NDEs. In this case, they may subconsciously set an intention to have such a powerful spiritual experience.

Some have unfinished business. Sometimes people choose to come back to their human life because there is more left to do. The NDE may have caused them to be more driven. They often decided to live with more purpose.

Some share the experiences to teach others. Then there are those whose purpose in life is to show by example. The near death experience stories that we hear about often inspire us and comfort us since they give us an idea of what happens after life. They let us know that death is not an ending but rather a beginning.