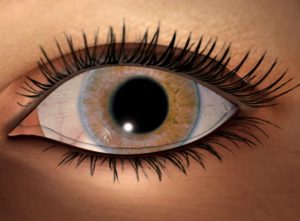 Have you ever met someone and recognized their eyes? Yeah, I know it’s not polite to stare into someone’s eyes, but have you ever found yourself gazing into someone’s eyes and not being able to pull away? Before you immediately jump to the conclusion that this person is your soulmate, here’s another possibility.

Think about how you felt when you spotted this person.

Maybe their eyes felt inviting and gave you a warm feeling. On the flip side, perhaps you looked in someone’s eyes and immediately knew you couldn’t trust them. I remember being on a train and glancing at someone and being drawn to look in their eyes. They happened to look up and into my eyes at the same time and I had this feeling of unease bordering on fear. I kept glancing over at the person and they kept glancing at me. I knew we each sensed a connection, but I also knew it wasn’t a connection I wanted to explore. I’m at a point in my life where I trust my intuition so I didn’t need to have any proof that this person was someone I needed to stay away from.

I learned from Brian Weiss, one of the premiere past life regression experts, that one possible explanation for that type of familiarity could be that you recognize the person’s eyes from a past life.

Physical signs of a past life connection

There are certain physical characteristics that can be transferred from one life to another. For example, scars and birthmarks have been found to sometimes turn up in multiple lifetimes.

Another physical characteristic that a transcends lives is the eyes. People typically look completely different from lifetime to lifetime. We may be different genders, and different races and ethnicities in our previous lives. A white American male today may have been a black woman slave in a previous life. A South Korean woman in this life may have been an Australian man in another. However, one thing is believed not to change. Past life experts believe that the eyes remain the same in life after life.

How the eyes can signal a past life

In Same Soul, Many Masters, past life regression expert Brian Weiss describes a past life in which he met and became friends with Jesus. (Can you imagine doing a past life regression and discovering that you were an acquaintance of Jesus? I would probably think I was making it up. But even Jesus is believed by psychic Edgar Cayce to have had multiple lives.)

In his current life, Weiss did a past life regression on a woman who also remembered seeing Jesus on the way to execution during a past life. As the woman recounted the past life memory, she said to Weiss, “I saw you there!” When he asked how she knew that, she replied that she knew “by the expression in your eyes. It’s the same expression I see in them now,” she said.

This is a fascinating idea. It’s also not lost on me that soulmates often recognize each other through the eyes, and soulmates often share multiple lives with one another.

It makes me think back to the person I saw on the train. If, in fact, I shared a past life with him, I have the feeling it wasn’t a pleasant experience. Here’s hoping it’s better the next time around, whether that happens in this lifetime or the next.