When people first start learning how to read tarot cards, one of the first things they tend to do is memorize the meanings, either using a book that came with the cards or maybe they do a search for card meanings on the Internet. 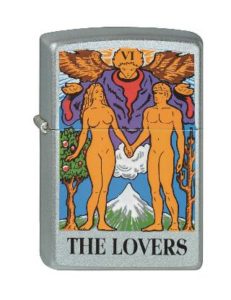 Then, they may look to those same books and those same web sites to learn a few tarot card spreads and they use those spreads over and over again. (One of the most common spreads is the  Celtic Cross.)

First, let me say, I have nothing against tarot books and web sites that provide card meanings. In fact, that’s how I learned how to start using my first tarot card deck. But while that’s a good way to get comfortable with using the cards, and to learn more about the craft of tarot card reading, it’s natural to change your process over time. In fact, creating your own tarot card spreads is a great way to strengthen your psychic ability and the accuracy of your readings.

What is a tarot card spread

Spreads are important because they give you additional insight into the reading. Not only are you getting information about the card’s meaning itself, but the positioning of the card tells you something about your situation as well.

However, when you focus too much on memorizing spreads and card meanings, you bring logic into your tarot card readings, and that’s one of the easiest ways to stifle your intuition. You may even second-guess yourself in the middle of a reading and check the web site to get a card meaning when your intuition told you rather clearly what the card meant.  While common card interpretations can be helpful, they are only meant to serve as inspiration for your own intuition to take over.

One thing you’ll likely learn is that a card can have a certain meaning in one reading, and it can have an entirely different meaning in another reading. Likewise, two different psychic readers can very well read the same card in different ways, even if those differences are minor.

Some people may feel intimidated about creating their own spreads, but they shouldn’t be. There is no such thing as a bad spread, as long as that spread is designed to give you the information you’re looking for. Here are some tips for coming up with a spread that works for you.

Some readers don’t use spreads at all. They simply rifle through the cards and allow whatever psychic impressions they get to come up.

What’s most important is that you understand what you’re trying to do and that you set an intention to use the tarot cards to get the psychic answers that you’re looking for.