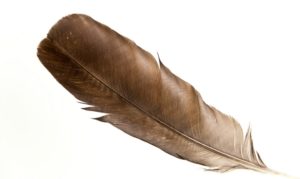 Is there a such thing as a car protection spell? You’d better believe it. One thing that is inevitable when you begin to strengthen your psychic abilities: you become much more sensitive to energy. if you encounter negative energy or pick up on some particularly nasty vibes, you may feel drained, fatigued, depressed and   you may even have physical symptoms such as random pains in different parts of your body. So it’s important to tackle those energetic imbalances any way that we can. One way is by smudging any spaces that contain negative energy and that includes your car.

Smudging is the act of burning sage or other herbs. It is one of the best ways to purify a space and rid it of negative energy. When you smudge, the smoke from the sage is believed to carry away negative energy, leaving the space around you clean and purified. Smudging is a great car protection spell that we can use.

So what are some reasons it may be  a good idea to smudge your car?

You have a new car. Whether it’s new or used, smudging can help get rid of negative energy that was left by others who were in contact with the car, whether they were the manufacturers, sales people or other prospective buyers.

There were others in your car. When other people ride in your car, they leave energy behind. I’m not saying you need to smudge your car every time someone takes a ride, but if someone with a bad vibe was in your car or someone who was carrying around heavy emotions, you might want to cleanse the energy.

You’ve experienced road rage. Whether you were the victim of road rage or you were the one doing the raging, you don’t want that nasty energy wafting around your car. Smudging would be highly advised.

You’ve had an emotional encounter in your car. Did you have a bad day at work and spend the commute home upset about it? Did you have an argument with someone in your car? If any emotionally-charged situation occurred in your car a smudging session can help you to lift your vehicle’s vibration before your next ride.

How to smudge your car

You can buy a smudge kit for less than $20. They typically come with instructions and all of the materials you need to get the job done.

To prepare for your car protection spell or smudging ceremony, pour clean sand or fine dirt in a ceramic dish. The dish will be used to hold the smudge stick when you set it down and to catch the ashes and embers as you smudge, and the sand will also help you to put the smudge stick out when you are finished.

Light the stick, and then blow it out and allow the smoke to permeate the car. You can use your hands to guide the smoke in the directions you want it to go, or you can use a smudge feather to guide the smoke where you want it to go. As you smudge, you might want to state an affirmation of your intention. For example, you might say, “I release all negative energy from my car and reclaim my vehicle as a place of pure positivity and love.” You can say anything that resonates with you; use your intuition to guide you and trust what messages you get.

Pay special attention to the corners, as negative energy tends to settle in the corners. Don’t forget to open the glove compartment and any other compartments in your car in case negative energy is hiding there. Again, as the smoke moves through the car, it will attract the negativity and take it away. It’s also important to give the bad energy a place to go so open the car windows while you do this.

When you are finished with your car protection spell, say a prayer of gratitude. Then, you can allow the smudge stick to simply burn itself out. Or, if you want to use the smudge stick again at another time, you can put the smudge stick out by placing the burning end in sand or dirt. You’re basically depriving the burning end of oxygen, so you put it out similarly to the way one would put out a cigarette. Be careful to make sure the smudge stick is completely extinguished; don’t leave it unattended as long as it is smoldering, and never leave a burning smudge stick where children or pets can get to it. Safety is of utmost concern whenever you are using the powerful element of fire.