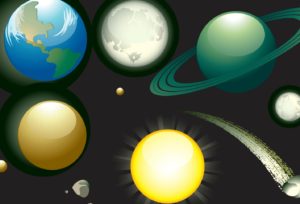 Mercury Retrograde gets a bad rap. Those of us who know anything about astrology (and even many people who don’t)  know that Mercury Retrograde is not the most anticipated time in the world. In fact, it’s known for miscommunications, delays and other unpleasant circumstances. I know you’ve heard someone blame all their troubles on Mercury Retrograde, if it wasn’t you, yourself.

Many of us even avoid doing certain things during Mercury Retrograde such as signing important contracts and buying electronics. So the day that Mercury Retrograde is over, you may feel like you can breathe again. But guess what? There is a good reason to continue to be cautious.

So you might continue to have some communication issues, or the things that were delayed may still be moving a little slowly. If you’ve been expecting money and it’s been delayed, don’t be surprised if the delay lasts a little bit longer. For this reason, it’s a good idea to avoid jumping into a major decision in the weeks leading up to and immediately following a retrograde period.

So what does this mean for you? Continue to take things slowly after a retrograde period. You might want to take some time to reflect on the retrograde period and what it brought into your life. While people typically dread Mercury Retrograde, it has a purpose and it can be good for your overall life. This is also a good time to go within.  Instead of making rash moves, be still and meditate on major decisions.

Carefully look at what has come into your life since the retrograde period began. Also be cognizant of what might have been removed from your life. Try not to judge what has happened in your life. Simply observe it and watch to see what comes of it. Also, accept what is rather than fighting your current reality. A psychic reading may also be helpful when it comes to analyzing what Mercury Retrograde has brought into your life.