Yet another celebrity apparently had a premonition shortly before death. Philip Seymour Hoffman was found dead of an apparent drug overdose, yet friends are saying that the actor knew he was headed in that direction. According to media reports, he told friends less than two months ago about his heroin use: “If I don’t stop, I know I’m going to die,” he reportedly said.

A skeptic may say that anyone could see that he was headed in that direction if he did not stop taking drugs, but drugs apparently were not new to the actor. Why would he make that statement now as opposed to last year or the year before?

While it may seem eerie that the actor had that premonition, it is actually rather common for people — not just celebrities — to have a feeling that their death is close. Psychic development can even help you to sense things in your immediate future. Often when people are battling an illness, they reach a point where they seem to surrender to the idea that they will soon die. Often people who are dying report having dreams that their death will occur soon, or they have visions and dreams of friends and relatives who have already passed over to the other side.

Many psychics believe that the veil between the living and the dead becomes thinner as one gets closer to death so it becomes easier for someone near death to communicate with those who have already passed away.

Stop, be still and meditate. Ask for guidance about what it is you are meant to know and what you should do. You might experience a feeling of clarity, you may be reminded of some words of advice or you may be inspired by something such as a song or a book title. Be open to receiving information about how to move forward safely and obeying your inner voice. 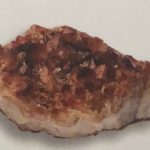