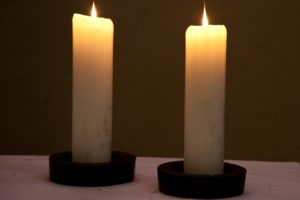 I had always been fascinated by the idea of reincarnation and I’m an avid believer in the reality of past lives. After reading countless books by some of my faves such as Brian Weiss and Michael Newton, I decided that I would explore a past life of my own.

I didn’t know anyone who lived near me who had ever had the experience so I didn’t have anyone to give me a recommendation. Yet I wanted to make sure that I vibed with my regression therapist. I contacted a few regression therapists and identified others at a local metaphysical fair. One contacted me and we had a conversation, and I knew that I’d found the right person for me.

While I didn’t have any expectations, I do have a couple of fears that I’ve long wondered whether they might be past life-related. One is a fear of fire. For years I was even afraid to light a candle, though my desire to use candles for ritual work helped me to overcome that phobia. My strong interest in and innate knowledge of healing and metaphysics have also prompted me to wonder if I’d had a previous life as a healer. So with those thoughts in mind, I set out for my appointment one Monday afternoon.

The therapist I chose worked out of a hypnosis center. In addition to past life regression therapy, the center helped people stop smoking, lose weight and break harmful habits through hypnosis. It was located in a townhouse nicely decorated with a Zen-like feel.

My regression therapist had a comforting energy and she led me into her office. There, I sat on a huge overstuffed chair and propped my feet up. She gave me a blanket to put over me so I felt warm, snug and safe. I’d never experienced hypnosis before so I didn’t know what to expect.

My therapist talked to me about what I wanted to get out of the session. She said many people come for a past life regression when they are dealing with a current problem that they’ve had trouble figuring out. They hope that past life insights can help them to have a better understanding of their difficulties. Others come for a past life regression because they’re born seekers who are fascinated by self-exploration and experiencing the mysteries of life. It was evident to me that I fell in the latter category. 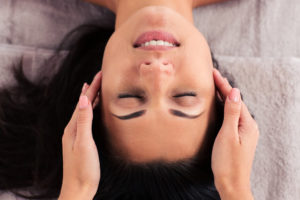 First my therapist had my close my eyes and start taking deep breaths. Once I began to relax, she told me to visualize a moment from my current life when I was four-years-old. She asked me to describe my memory in detail — what I was seeing, what I was feeling. Once I did that, she told me that when we started to explore my past life, the memories would be just as clear and would come to mind in a similar way. She told me to trust the memories that came to me even if my logical mind tried to dispel them as my imagination.

After we finished talking, once again, my regression therapist had me close my eyes and relax. She counted down backwards and told me that when we got to one, my consciousness would be back in a previous life. Sure enough, when she reached one, I saw myself as a woman in her 60s with wrinkled and callused hands and sad eyes. I knew that the woman was feeling very upset.

My regression therapist started asking me questions about my life. How did I feel? What was going on? I told her I was frustrated because we were so poor. I was also worried because there was a lot of work to do and I didn’t see how it would be done in time. I was married and we were farmers of some sort, and I knew that there was harvest work yet to be done. Yet I didn’t see how that would happen since my husband and I couldn’t afford to hire any help. In fact, we’d recently had to let the little help that we had go because times were so hard.

My regression therapist asked me if I had any children. I told her I had three, but the middle one, a son, had died. When she pressed me about it, I told her he died because we couldn’t afford to get him to a better doctor, and people were dying left and right at the time. In fact, I kept saying to the past life regression therapist, “there was nothing we could do.” My conscious mind was watching all of this, and a part of me wondered if the child had died in a plague, but I couldn’t be sure. I was learning about this woman’s life as she told it, and she hadn’t gotten to that part yet.

Traveling back through time

My therapist then told me to go back in time to an earlier date in that life when I was celebrating something. I immediately found myself at a church picnic with friends and neighbors. It was a potluck and we were laughing. My regression therapist asked me what people called me and I said ‘Grady.’ The name sounded odd to me, but that’s what immediately came to mind.

Later the therapist asked me what types of foods I ate. My mind immediately conjured up a picture of mashed potatoes, which I found to be an interesting side note. (In my current life, I have always had a strong aversion to mashed potatoes. The one time a pre-school teacher forced me to eat them, I proceeded to throw up all over her shoes. I have a visceral dislike for mashed potatoes so the idea that they were a staple part of my diet in a past life was interesting to me.) I also told the past life regression therapist that I, as ‘Grady,’ ate a lot of stews.

My regression therapist asked me how people traveled. I told her we walked because we were poor, but wealthier people rode carriages pulled by horses. I also noticed that I was dressed in drab clothing. In particular, I remember seeing the woman ‘Grady’ in a brown peasant dress.

I think it’s important to note that when I visualized this woman, she looked nothing like me. We were not of the same race, we had no common features. Our personalities were entirely different. This woman was bitter. She was angry. She blamed her husband for many of the failures they had in life. She felt an inordinate amount of guilt for not being able to save her child. She felt trapped in a life of poverty and responsibility that she hated.

My mom in my past life?

At one point my regression therapist asked me to scan the energy of the people in Grady’s  life and let her know if I recognized it to be the energy of someone in my current life. The only person whose energy felt familiar was my husband’s, and surprisingly that energy belonged to my mother in my current life. That, in itself, was a lot to unpack particularly since I totally resented my husband in that life. My mom and I have had some ups and downs in life, but I don’t resent her in any way. At a later time I’ll think about our relationship and see if that life can explain some of the nuances of it.

One thing that was helpful was that my regression therapist asked questions to get to my memories, and she didn’t give me time to think about the answers so I just said the first thing that came to mind even if I didn’t think it made sense. That also meant I didn’t have time to make anything up so I trusted my past life memories even more.

I also found it interesting that I felt myself physically tense up when describing painful scenes in the past life such as the death of my child. When I discussed happier times my body loosened up. It was as if I was experiencing cellular memory as I recalled those traumatic past life moments.

That meant something to me, as my current life can’t be any more different from Grady’s. I don’t have children; I’m not living a life trapped in poverty, and I’m pursuing a career that’s rather free-wheeling and flexible. Her message made me appreciate the fact that I don’t have responsibilities that limit me and I wondered if that was by design.

My regression therapist then asked me whether current me had a message for Grady. What came to me was that she did the best she could. She was so racked by guilt and grief and anger, yet she had raised three children with the odds stacked against her. She wasn’t responsible for the death of her middle child, and current me wanted her to know that.

Unpacking the past life regression

Shortly after that, my regression therapist brought me out of hypnosis. It took some time for me to come down from the experience; in fact, I felt spacey for the rest of the day and even sought out junk food to help me to ground from all of the past life travel.

When I got home, I shared some of my session with a couple of people who pointed out that it sounded like Grady was Irish. I have to admit, I know NOTHING about Irish history, but I did a little research and noted that mashed potatoes and stew were core staples of the poor Irish in the 1800s. (It made me wonder if I hate mashed potatoes in this life so much because they remind me of the hellish experience of having to eat them then.)

The name Grady, I learned, was an Irish surname. I had assumed it was a first name when it popped up during the regression, but then I realized that in fact it was possibly an Irish last name. The transportation arrangements and the clothing I had seen in my mind’s eye also fit. Then, I learned of the Great Famine, which killed so many adults and children during that time in Ireland and I wondered if that might have been at the root of Grady’s son’s death.

The most powerful part of the experience was actually researching the facts that I had come up with and discovering that they applied to a part of history that I knew little about. If Grady’s life had been that of a metaphysical healer, or perhaps that of a slave, or that of someone who had been in the Holocaust, I might have wondered if I’d made it up because I’ve heard so many details of those experiences. But the fact that she was Irish, and again, I was unfamiliar with those details gave me more confidence in the experience. In fact, my logical mind couldn’t give me a local explanation for the past life memories or try to challenge their authenticity.

Would I have another past life regression? I would in a heartbeat; in fact, I know that I will, as I’m sure I’ve had other lives that can provide other insights into my life. I may even study more about the process of becoming a past life regression therapist.

>>There is even an online course on it that you can download here.

But I need a little time to process all of the insights from that particular life experience. For now I’m continuing to integrate the lessons Grady had to teach me. And I’m continuing to be grateful for her life.

Read: Could an Enemy be from a Past Life?