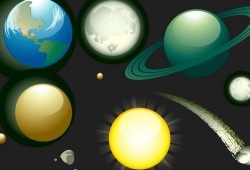 Retrograde periods in particular can put a damper on your manifesting process. Here are some ways that you can use astrology to your advantage.

What are retrograde periods?

In astrology, the different planets rule different areas of our lives. When a planet is in retrograde, it appears to be moving backward rather than forward in its normal rotation. When that happens, the areas of our lives that the planet rules also are affected, and may even seem to slow down.

Retrograde periods can bring on delays

An understanding of astrology helps us to recognize times when delays are probable. For example, when certain planets are in retrograde, circumstances in our lives may seem to slow down.

Many of us are familiar with Mercury Retrograde. In fact, I hear people who know nothing about astrology blaming their setbacks on Mercury Retrograde all the time. It’s known as a time when communication can be in disarray and we may experience delays with projects and situations that depend on our interactions with others.

When Venus is in Retrograde, we may experience delays in our romantic lives, so if you’re starting down the path of a relationship, you may find yourself taking two steps back rather than moving forward.

When Mars, the planet of energy, action and desire, is in retrograde, our plans and goals may see setbacks and delays. If you recognize that and you do in fact experience delays, you’re less likely to let them bother you and you can take them in stride.

Retrograde periods can remind you to patient

Manifesting success depends largely on mindset. We attract according to our vibrations so if we’re vibrating frustration because things aren’t happening fast enough, we’re going to get more of things not happening fast enough. But if we can just chill through delays and keep our vibrations up, we’ll likely discover that the manifestations we seek are right around the corner.

Rituals provide a way for us to focus our intention and show that we have clarity about what we want. Those two ingredients are particularly potent in any manifesting toolkit. But there are certain times in which rituals will be more effective than others.

Learning about astrology can help you with timing. By knowing when the planets are going to be in positions that are favorable to you, you can plan to take action toward your goals. >>You can learn more about astrology or get your own personal forecasts here.