Sometimes it seems like Mercury Retrograde is always here. You know that time that occurs a few times per year when the planet Mercury slows down in its revolution around the sun and everything seems to go wrong in your life?!? 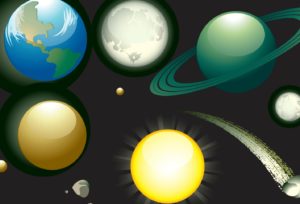 Maybe you broke up with your significant other because they were dishonest with you.

Maybe you didn’t hear back about that job because the employer has not made the final decision.

Maybe you got in a nasty argument with your sister because you were overstepping her boundaries.

Maybe all of these things would have happened whether Mercury Retrograde was going on or not.

The Effects of Mercury Retrograde

During Mercury Retrograde, the planet Mercury seems to be stationery or even to move  backward (which is what accounts for the word ‘retrograde.’) The truth, of course, is that Mercury is not standing still, and it is not moving backward; it just appears to be. Even people who know nothing about astrology seem to know about Mercury Retrograde.

We’ve all heard about how Mercury Retrograde can cause us problems, such as delays and communication challenges. We’ve heard the advice: Don’t sign any contracts. Don’t make major decisions.  That is actually good advice because Mercury Retrograde can impact us in some interesting ways. And most of us seem to dread these periods. Some of us even get so confused and overwhelmed by Mercury Retrograde that they seek outside help and advice.

How Mercury Retrograde Can Help Your Life

Take an extra couple of weeks to make decisions. There are very few decisions that have to be made immediately. Of course if something is time-sensitive and can’t wait, don’t put it off. But enjoy the experience of letting a decision mull around in your head a little bit longer and see if you actually change your mind during the timeframe. You may end up making a better decision.

Talk to loved ones face to face rather than via social media. If there’s ever a time to avoid communicating via social media, it’s during Mercury Retrograde. This is a time when you’re more likely to have communication problems. Someone may think you mean one thing and you may mean another. Social media is not the clearest channel for communication in the best of times. By talking face to face to people during this time, you can cut down on chances for miscommunication and improve your relationships.

Save money by avoiding making major purchases. Sure, you might be eyeing that new smartphone, but it’s a good idea to avoid making major purchases– particularly technology purchase– during Mercury Retrograde. (Of course if your computer dies and you need a new one for work, you should not wait). But if you can put the purchase off, you may decide you don’t need it and that will also benefit your wallet.