Are you interested in psychic phenomena, yet afraid to pursue those interests because you fear that doing so might be dangerous? If so, you’re not alone. I have come across many people who have ignored an interest or a calling from their heart to learn more about psychic phenomena and to work on strengthening their psychic abilities because they were worried about the dangers of dabbling in the occult. In some cases, they’ve been told by religious leaders that visiting a psychic is a sin. In other cases, family members have frowned upon it. But dabbling in the occult is like anything else — it is only dangerous if your intention is wrong. 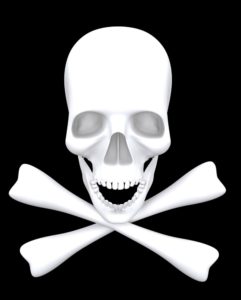 We all have psychic abilities. We are born with them, but often we are conditioned by society to ignore our intuitive urges in favor of logic or reason. Historically, people have discovered the power of their psychic abilities and those in power have sought to keep such powerful information to themselves. They knew that they possessed secret information that could help them to succeed in life. After all, when you are able to tap into your natural psychic ability, you’re better able to make the right decisions. You know which people to trust. You know which situations are good for you, and which situations you might want to say ‘no’ to. They realized that such knowledge and wisdom were priceless so they sought to keep it private.

One way they did this was to use fear as a way to keep people from exploring this information on their own. After all, if people thought it was sinful to look for spiritual guidance through their own connection to God or the Universe, they would continue to look to religious leaders and other outside sources to be told what to do.

But that’s not to say that there aren’t some dangers related to exploring psychic phenomena. There are some people who practice black magic, meaning they look to use psychic knowledge to control or exploit others. They may launch psychic attacks or attempt to control people via spells and other magical processes.

There is also the danger of working with energies that you don’t fully understand. Those who explore the paranormal and psychic worlds understand that there are energies and entities that we don’t fully understand and that don’t live on the same plane of existence that we do. There is the danger of unleashing some unwanted circumstance or energy and having no knowledge of how to stop it.

How to protect yourself from psychic dangers 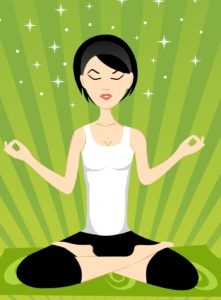 Those are both natural and logical fears, and they are real possibilities. However, there are steps that you can take to protect yourself and minimize the dangers related to psychic phenomena.

When it comes to protecting yourself from others, use metaphysical tools to keep you safe. Prayer and intention are powerful. If you pray regularly to whatever higher power you believe in that you be kept safe, you will be protected. You can also ask Spirit Guides to protect you, and visualize yourself surrounded by a white bubble of protection. (Remember, psychic attacks come in the form of thoughts. Your thoughts are just as powerful so your white bubble of protection can work wonders).

When it comes to unleashing something while exploring psychic phenomena, you can minimize that risk by saying a prayer prior to doing any psychic work. Set the intention that you are learning in a spirit of love and you seek only to work with energies of love, healing and growth.

Another way to minimize the dangers is to educate yourself. Read books about cultivating your psychic abilities and take classes so you can receive information from someone who knows a lot more than you rather than trying to figure it out on your own.