Ever heard that a full moon makes people crazy? Metaphysicians know that there is some truth to that. The moon has a magnetism that can affect the lives of those who are sensitive to it. Those who act ‘crazy’ during certain moon cycles likely don’t know how to harness the moon’s power. In other words, they don’t know how to utilize moon magic. 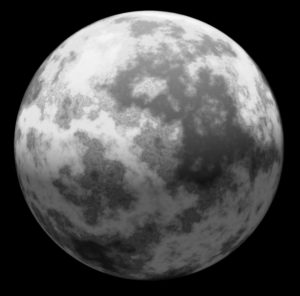 However, moon magic is also recognizing that there is a lot of mystery surrounding the moon. If you’re familiar with Wicca, you may know that many witches pride themselves on their connection to the moon. Wondering if you can benefit from an education in the moon’s mysteries? Here are some signs that you’re a perfect candidate for practicing moon magic.

You can’t stop yourself from admiring it.

Many nature lovers can appreciate the beauty of the moon, particularly when it’s full, bright and beautiful. However, for some, the moon is an object of beauty all of the time. Maybe you had a telescope when you were young or you could lay on a blanket in a field and lose time daydreaming under the moonlight. If your eyes just seemed to wander upward at night, you have a connection.

For me, full moons are notorious for ushering in heightened psychic ability. I’m also likely to have intuitive dreams during these periods. As a result, I’m more conscious about writing down my dreams since the messages aren’t always immediately apparent. If you pick up on subtleties during certain phases of the moon, there is likely a connection. The best way to find out if this is so is to keep a journal of your intuitive messages and note the days (and moon phases) when certain insights occur.

Do you enjoy conducting new moon and full moon rituals? Do books about moon magic jump off the shelf at you at a metaphysical bookstore? Have you ever lit a candle during the new moon when you were trying to manifest something and have you charged your favorite crystals under the full moon? If you’ve created rituals around the moon’s cycle or you’re interested in learning how to do so, you likely have a connection to the moon.

You feel a connection to other moon magicians.

Not only are moon people drawn to the moon; but frequently we are drawn to other moon people. Think it’s a coincidence that you have friends who also are interested in moon magic or who also track the moon’s cycles? Not. You may even have had a connection to the moon in a past life and attract soulmates who also draw their power from the moon.