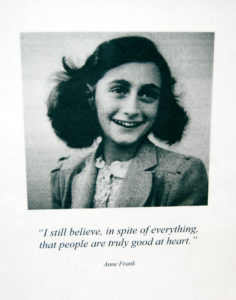 Ever been tempted to run from a person or situation? Here’s a reason to stop running and face the music: Whatever you’re running from may run right behind you into another lifetime. In other words, someone who caused you trouble in a previous life may cause you even more trouble in this lifetime. Past life stories prove that out again and again.

An example of this phenomenon can be found in the story of Barbro Karlen, a woman who claims to be the reincarnation of Anne Frank. This is one of the most interesting past life stories I’ve heard about. We all know the story of Anne Frank; her book The Diary of Anne Frank details the terrifying period of time when her family was in hiding from the Nazis. Anne Frank died in 1945 at the age of 15. Less than nine years later, a little girl was born in Sweden named Barbara Karlen.

When your past life is Anne Frank

When Barbro was a little girl, she had terrible nightmares night after night. The nightmares were always very similar, and they terrified her. As a little girl, Barbro also felt like she was displaced. She didn’t feel like her current life was truly hers, and she told her parents that her name was Anne. For years, her parents tried to correct her, telling her that she was, indeed, Barbro Karlen, but she believed her name was Anne Frank. The interesting thing about this is that The Diary of Anne Frank hadn’t reached prominence at this time, and neither Barbro nor her parents had heard of Anne Frank during this time period.

Eventually, Barbro discovered who Anne Frank is and she stopped telling people that she was Anne Frank because she didn’t want to be ostracized. After the age of 15, Barbro’s nightmares started to occur with less and less frequency, until they were a thing of the past. (It’s interesting to note that Anne Frank died at 15; once the year passed in which Anne died, the nightmares ~ or should we say memories ~ stopped.)

For years, Barbro moved forward in life with no nightmares and she thought that her problems were behind her, until she decided to become a policewoman. While serving in this role, Barbro met a fellow cop — a colleague — who basically harassed and persecuted her. Around this time, Barbro also started having nightmares again. Something had triggered her, and she wanted to figure out what it was. 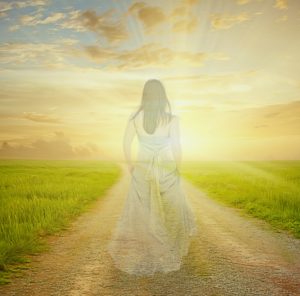 If you’ve read a lot of past life stories, you can probably guess what the trigger was. One night Barbro had a nightmare and everything became clear to her. She realized that the man who was persecuting her in her current lifetime was one of the men who had killed her when she was Anne Frank.

While this bit of information could have been terrifying, for Barbro, it was empowering. She believed that this was her opportunity to stand up to this soul. In her previous life, he had killed her and there was nothing she could do. But in her this life, she had a choice and she wasn’t going to allow him to break her.

You can read more about Barbro’s life and her past life memories of being Anne Frank in the book And the Wolves Howled: Fragments of Two Lifetimes. You can also learn more about her at her web site. But there are a few lessons in particular that I believe need to be taken to heart.

You can never run from a storm.

Strong emotions are often indicative of a past life.

A person who terrifies you or who you instantly hate may be someone from a past life. If there was unfinished business between the two of you, the Universe will give you an opportunity to complete what you are meant to do. While dealing with the person may be uncomfortable, there are blessings in the situation. Every challenge adds something to your  soul’s evolution.

Facing opposition today can free you to enjoy future lifetimes.

If a negative pattern or relationship has shown up in your life, break the pattern today. Past life stories can empower you to heal and make better choices. That way you don’t have to carry unfinished business back with you to yet another lifetime.