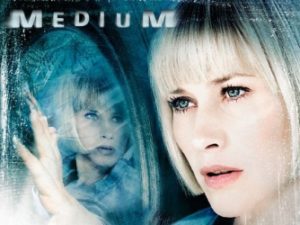 Ever thought about visiting a psychic detective to help you solve a crime? Such professionals do exist, and a new series on NBC will give you an idea of what working with one may be like.

If you were a fan of the television series Medium, or you are interested in exploring your own medium skills, you may find many reasons to give The InBetween a try.

In the series, detectives depend on Carrie Bishop, a psychic medium who has the ability to communicate with victims or witnesses that have passed way. That way detectives are not just limited to the information they can get from survivors of a crime. Rather, they can learn from those who did not survive the crime, as well.

There are other documented cases in which law enforcement consulted with a psychic detective to help them to solve a crime. The show Medium was based on the real-life story of Allison DuBois, a woman who said she first started interacting with the dead when she was just six years old. She eventually became more comfortable with these abilities and has said that she used them to help the Glendale, Arizona police department catch criminals.

How a psychic detective gets the gig

Read: How to be a Psychic Detective

In many cases, law enforcement agencies may work with psychics but keep that information away from the public. After all, what kind of outcry might result from people finding out that a psychic detective located a dead body or identified the murderer.

CIA acknowledges use of psychic detectives

The CIA looked at the use of psychics among law enforcement agencies. In a report, they wrote: “It does appear that psychics have provided valuable assistance to law enforcement on specific cases.” The report goes on to give agencies advice about when to take on the services of a psychic. For example, it says a psychic should be called early in a difficult case because “the investigator might develop a theory about the case and ignore important clues that can be highlighted by a psychic.”

Families of loved ones who were victims of crimes or loved ones who are missing have also been known to consult a psychic detective. If your local police department thinks enough about psychics to consult them, then there’s no reason why you shouldn’t consult one if you have the need.

Read: Signs You are Clairvoyant