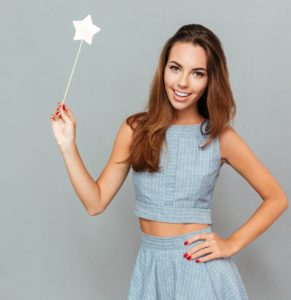 What are banishing spells?

For that reason, you should avoid banishing spells when you’re angry with someone. Anger makes us do rash, impulsive things that we may later come to regret. Wait until you’re calm and cool and a little detached from a situation before banishing something. At that point, you’ll know that you really mean it. After all, the last thing you want to do is to banish something only to later discover that you want it back.

Also, when working with banishing spells, you don’t want to wish ill on the person or thing you’re banishing. In fact, banishing spells work best when you wish them happiness without you!

And let me say something about magic: All magic is a way to focus and crystalize intention. Our thoughts and our intentions are strong. When we channel them in a directed way by creating or performing a spell or ritual, we often see amazing results.

Times to pull out a banishing spell

So what would be a good reason to pull out a banishing spell? Here are some scenarios:

So you know the relationship has run its course but your ex keeps coming around. And you have finally gotten to the place where you know that you want to move on. Alone. A banishing spell might encourage your ex to set sights on someone else and finally leave you be.

So this is a given. We don’t want stalkers hanging around us or those who want to do us harm. Let’s leave the obsessive maniacs to the ID channel. However, there is a caveat. Use magic in addition to more practical remedies. In other words, if you’re in danger, contact the police and then do a banishing spell on top of that.

A co-worker with ill-will.

Is someone trying to sabotage you at work? A banishing spell may be able to get them to leave you alone. I once heard a story about someone who did a banishing spell on a co-worker and the co-worker found another job. The co-worker was happy with the new job so it was a win-win.

A mouse in the house.

Remember, banishing spells don’t just work with people. They also work with animals. If there’s a rodent in your house or a deer eating the vegetables in your garden, a banishing spell can send it scurrying on its merry way, leaving you with relief.

Negative energy is real. If you feel like something is off in your home or you’ve had a bad feeling in the workplace, a banishing spell can be used to send negative energy away.

This is one of my favorite times to turn to banishing magic. Banishing spells can be used to help you break habits or change your own behaviors. You can banish negative thoughts, the desire to gossip or the tendency to procrastinate. You can also banish aspects of yourself or your life that no longer serve you, such as extra weight or fear of public speaking.

The best times for banishing

When you’re working with magic, you’ll discover that there is a time for everything. In other words, there are certain times when the forces of nature are working for you rather than against you.

I’m a big proponent of moon magic. Typically I perform rituals during optimal phases of the moon. The best time to perform banishing magic is during the waning period of the moon after the full moon but before the next new moon.

You can find a banishing spell here, along with several other types of spells. Or you can always make up your own spells. In fact, your creation process would give power to your potion. However, here is a sample banishing spell from the book Everyday Psychic Defense by Cassandra Eason.

Process: Set the candles in a row and light them from left to right. Drop a few bits of garlic salt and drop them into the flames one at a time.

For each candle say the following or something similar:

Three times your viciousness I return
Three times sent back as candles burn
Take back the pain you cause me
From harming my life, banished be.