I don’t need a scientist to tell me that it is possible to communicate with others from different realms, but I always find it interesting when someone who looks at the world through a scientific lens understands and espouses metaphysical concepts.  So I was particularly intrigued to learn that Thomas Edison was working on a Spirit Phone — a telephone that would allow people to communicate with the dead. 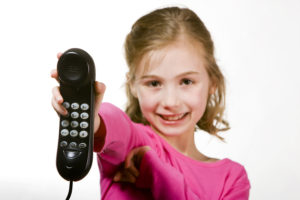 I was listening to an episode of The Paranormal Podcast by Jim Harold and noticed that he delves into the topic of Thomas Edison’s Spirit Phone on one of his episodes. It turns out that Thomas Edison was very interested in spiritualism and particularly during the last decade of his life he tried to find some type of proof for his beliefs that our spirits exist after death.

If you can remember studying inventors in school, you know that Thomas Edison had a number of inventions such as the telegraph and the light bulb. While Alexander Graham Bell is credited with inventing the telephone, Thomas Edison’s work was instrumental in helping to lay the groundwork. So this guy knew what he was doing, and I’d be willing to bet that he had great instincts. So why not put those instincts to work on a Spirit Phone — a machine that would allow people to speak with family members, friends and other loved ones who have crossed over to the other side.

Since we know that there is not a Spirit Phone in use by the general public today, we can assume that Edison failed in his quest, but in some of the research that I did, it says that Edison wasn’t working on this project alone. I would not be surprised if research continued on this project. Can you imagine what a government could do with such technology?

For example, imagine if a government could speak with someone who died to find out secrets about an enemy country? Or what if someone could call up Nostradamus and get him to share which of his predictions are our greatest threat? Or what if someone could speak to all of the greatest medical researchers who have passed away to get them to help with a cure for cancer?

I personally don’t need science to back up my beliefs about being able to communicate with the dead. I’ve seen mediums come up with information they had no way of knowing and I’ve had moments in which I’ve felt in touch with those no longer in my physical life. In fact, I’d rather spend my time strengthening my mediumship capabilities through a mediumship course such as this one.

Instead of looking for a machine to help you to speak to the dead, you can work on strengthening your clairvoyance, clairaudience and clairsentience skills so you can see, hear or feel the messages of your deceased loved ones. You may even be able to communicate with Thomas Edison, himself.