When I think back to all of the relationships I’ve had in my life, none have touched me like those with my soulmates. A soulmate is a person with whom you share a connection that transcends time, space and lifetimes. We have connections to our soulmates that are unable to be explained via logic. Perhaps you met someone and immediately felt a connection to him or her. Or you might be experiencing strong emotions toward this person and have no idea why. I’ve had several soulmate connections in my lifetime. While all of them are not still in my life, each one left a major mark on my beliefs and my reality. There are definite signs you’ve found your soulmate. 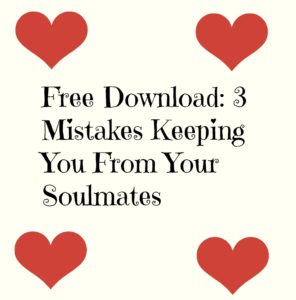 The reason the connection is so strong is because your soul recognizes this person and knows that you two have a sacred contract with one another to be a part of each other’s evolution.

Read: What happens when you meet a soulmate?

Romantic soulmates are perhaps the most intense. Not every relationship I’ve had has been with a soulmate. However, the ones that were soulmates literally turned my life upside down. Often soulmates will have romantic relationships in multiple lifetimes. Typically in these situations, the relationship will be filled with a lot of passion or drama because the two lovers have many issues to work out from previous lifetimes when they were together. For example, one might have betrayed the other in a previous lifetime, so in this lifetime, the couple has serious trust issues to work out. Still wondering whether a soulmate is in your life? Luckily there are signs you’ve found your soulmate.

If you’re wondering whether a soulmate has crossed your path, there are three signs that can provide some insight:

Magical ways to attract your soulmate

You don’t have to leave meeting your soulmate to chance. There are plenty of metaphysical secrets you can use to speed the process up. We are all meant to be with out soulmates. It is only our beliefs that finding a soulmate should be hard that make it so.

Read: Signs You Are Dreaming About a Future Soulmate

If you think you’ve met your soulmate but are unsure, you might want to ask a psychic who specializes in love connections and soulmates.  You can contact a metaphysical shop to get a recommendation or you can use an online psychic service.