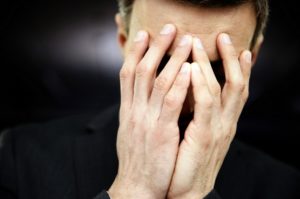 I’ve long suspected that empaths suffer more with their psychic gifts than others. While I am an empath, it’s not my strongest psychic gift (thank goodness.) Some of the people I know who are strong empaths are often miserable because they’re bombarded by the energetic junk of others. One thing empaths are particularly vulnerable to is being on the receiving end of a psychic attack.

As you know, empaths are those who experience the feelings and emotions of others. An inexperienced empath may mistake those emotions for their own. An empath may be feeling great when a sudden wave of anger or sadness overcomes her. While she may not understand why those feelings washed over her, in reality it may simply be that she crossed paths with someone who was in the depths of those emotions.

A psychic attack is a bombardment of dark thoughts and feelings from one person to another. A common misperception about psychic attacks is that someone has to be knowledgeable about psychic power to launch one. That’s not true at all. In fact, most psychic attacks are launched by people who don’t even realizing they’ve unleashed a psychic attack. Thoughts are energy. When someone unleashes an onslaught of negative thoughts about you, those thoughts transmit an energy that can cut you like an energetic knife.

Most of us have been the victim of a psychic attack at one time or another. In the case of psychic attack, we typically notice several signs:

For empaths those emotions are amplified. Empaths may not just feel down, but rather they may feel distraught. Empaths may find themselves unable to stop thinking about the person or may feel extremely guilty yet not understand what they feel guilty for. An empath may even feel that the emotions are intolerable and want to make peace with the person just to make the awful feelings go away. 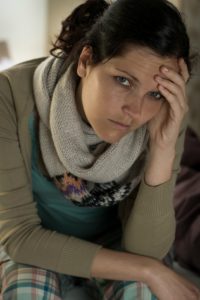 (Incidentally this can backfire on the empath. If an empath is the victim of a psychic attack by an aggressive personality such as a narcissist, the empath’s attempt to get relief by making nice with the person could lead to that person using the empath or continuing to abuse them emotionally and psychically).

Empaths are also more likely than others to experience a psychic attack for one reason in particular: Empaths are more open and sensitive. By their very nature, empath auras are open to others. Also, it feels good to others to be around an empath because empaths take on some of their energetic junk. It might literally feel good to someone to send those dark and negative thoughts an empath’s way without them really being conscious of why.

How empaths can protect themselves from psychic attacks

So if you’re an empath, does this mean that you’re doomed to suffer from psychic attacks and other forms of psychic warfare? No way. Knowledge is power. Empathy is a gift; we just have to learn how to protect ourselves from its down sides. Here are some steps you can take to ward off the negativity of others.

Keep your vibration up through meditation

I am a proponent of meditation, and find it to be the biggest helper when it comes to strengthening psychic ability. It also can help empaths to recognize when they’re picking up on emotions that aren’t their emotions. Raising your vibration can also make it more difficult for the negative thoughts and emotions to pierce your psychic shield.

Create a psychic barrier to defend you

Visualization is so powerful. You may have heard the phrase thoughts are things when it comes to the law of attraction, but it also applies here. Visualize an energetic barrier of white light that surrounds you. Set the intention that any negative thoughts or energy forms bounce off this white light and return to sender. Each morning before you start your day, repeat then same exercise. It sounds simple, but many powerful actions are, in fact, simple.

Carry a crystal for defense

Empaths should definitely carry a crystal that removes negative energy from their environment because they are so susceptible to it. One of my favorite crystals is Black Tourmaline. A Black Tourmaline bracelet may work wonders.