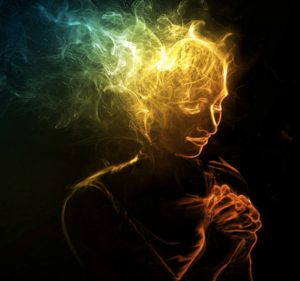 My friend Jasmine called me in a panic. Jasmine had been focusing on enhancing her intuition. She’d been working with tarot cards and getting to know her spirit guides and had been actively increasing her knowledge. She was into crystals, feng shui and other esoteric practices. However, on this day she was upset because she had spoken to a cousin who has the gift of “seeing beyond the veil.” This cousin told Jasmine she had a vision that Jasmine hadn’t been talking to her spirit guides at all. Rather, she felt that Jasmine had been talking to some negative spirit.

I can see why Jasmine was upset. If someone told me I had been communicating with a negative spirit, that would give me room for pause. But I couldn’t help but wonder: should Jasmine trust the intuitive guidance of another person over what she was feeling herself?

I was skeptical of this cousin because I had seen Jasmine fully engaged in seeking knowledge and she seemed empowered by the metaphysical knowledge that she was amassing. It got me to wondering, how do you discern between communicating with a spirit guide or being of light and communicating with a negative entity.

Signs of a negative spirit

It turns out that there are ways to tell if we’re communicating with so-called negative spirits. Negativity isn’t the same thing as evil. I don’t believe in evil, but I believe that some spiritual beings don’t truly embrace light and goodness. What we typically describe as negative spirits are those that are further away from the light. They don’t see their truth that all is good, and they are disconnected from the most powerful emotion of love.

Often when we deem something as having negative energy, what we’re talking about is a ghost. Ghosts are those who have passed away, but they aren’t ready to cross over to the other side. Sometimes they don’t realize they are dead. Other times, they aren’t willing to give up their most recent life. They are basically stuck in between states, and they typically are connected to their emotions bodies. 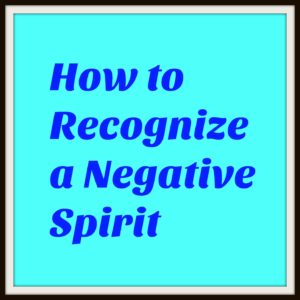 So how can you tell if you’re communicating with a negative entity? After you’ve interacted with this being, you’ll typically feel the following emotions:

Moving past the negative

So back to my friend Jasmine. Jasmine hasn’t been feeling any of those emotions after she’s communicated with her spirit guides, so I hope she meditates and builds trust in her own intuition. However, if you do find that you’ve been surrounded by what you believe to be a negative spirit, you can do the following:

A negative sprit can’t touch you if you consciously forbid it from doing so. Visualizing white light coming down from the sky through your crown chakra and moving down your spine. Visualize this light cleansing any negative energy that surrounds you. Then visualize a bubble surrounding you that keeps any negative energy away from you.

Intentions are powerful. Set the intention that only beings of light come through to communicate with you.

Your spirit guides are ready and willing to help you but you have to ask. They’re not going to overstep their boundaries and help you (unless you’re in a dire situation; then they often step in and protect you.) Developing your relationship with your spirit guides can help you to avoid negative situations.

Carry some obsidian with you when you do your psychic work

This crystal absorbs negative energy from your environment. If you’re worried that negative energies are communicating with you, obsidian can serve as another line of defense.