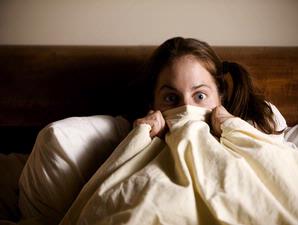 Becoming aware of your psychic abilities can be empowering and rejuvenating — until it isn’t. There is a down side to being psychic, and that is when you wish your could shut your abilities off.

Like when you know something that you don’t want to know. I’m claircognizant, which is often known as psychic knowing. It’s when information just seems to pop in your head. You just know certain things about people that you have no logical way of knowing, and typically in time, you’ll see that you were right. I remember once seeing a relative who I knew was battling an illness and I knew he was going to die soon even though at the time the prognosis was very good. I was right and at that moment, I never wanted to be able to ‘tune in’ to anyone again.

I’ve seen others struggle with psychic abilities, such as empaths who feel like other people’s baggage is drowning out their own thoughts and emotions. They can be overwhelmed by the emotions of others, not realizing that those feelings don’t belong to them.

I’ve seen people who are natural-born mediums become unnerved when they sense spirits trying to communicate with them. (Remember the movie, The Sixth Sense?) I’ve even seen people who welcome the ability to communicate with those in other realms feel over-run because they want to at some point turn that ability off. A shaman friend who says he regularly gets visits from spirits at night often finds himself unable to sleep because of those visitations.

None of that sounds particularly appealing, at least not to me. No one wants to feel like they are living at the whim of their psychic abilities. So what can you do?

First, don’t run from it. Have you ever heard the saying ‘what you resist, persists?’ It’s true. The more you run from your psychic abilities, the faster they’ll be coming up behind you. Ignore them in your waking world, and you may have prophetic dreams that disturb you. If you feel overwhelmed, one of the best things you can do is take a psychic development class. Here’s why.

Awareness helps. One reason many people suffer because of psychic abilities is because they don’t understand them or they can’t recognize what’s happening. Consider the empath. She’s walking along and suddenly feeling overwhelming despair.

If she understood that she was an empath, she could look around and identify whose emotions she was picking up on. Once she figured it out, she could then decide if she wanted to reach out to the person who is suffering. However, once she knew the pain wasn’t hers, she could compartmentalize it, sort of the way you compartmentalize emotions when you’re watching a sad movie. You can feel the sadness that the movie invokes, but you’re not attached to it as if it were your own sadness. A psychic development course can help you identify when you’re picking up on things that don’t belong to you.

Set boundaries. Everyone has psychic ability. It’s a gift and a sense, much like the sense of sight or the sense of hearing. It’s meant to empower us. And we have a say in how it shows up in our lives. We can set intentions when it comes to our psychic abilities. For example, we can set the intention that it doesn’t disrupt our sleep. Or we can set the intention that certain hours are off-limits with the exception of ‘emergency’ intuitions. If you’re feeling like your abilities are growing too fast, you can set the intention that things slow down. You can do this by holding that thought in meditation, instructing your spirit guides, or even by writing down in your journal that you will work with your intuition in a particular way.

Learn to detach. As you embrace your psychic abilities, you’ll hopefully learn to detach from them. A good course can help you to do this. You’ll be able to know something and observe it, like when you observe people in the midst of their psychological dramas without letting it affect you. That’s when psychic ability becomes truly empowering rather than oppressive.