• The New Moon in Cancer arrives July 12, 2018
• Cancer is a water sign ruled by the Moon that is characterized by high emotion and strong intuition

Yesterday, a friend reminded me that the new moon was coming up in a couple of days. While I’m always excited about a coming new moon, I felt particularly energized by this one and knew I wanted to take advantage of its power.

A series of setbacks in the earlier part of the year had left me processing a number of situations and I hadn’t felt ready to invite in new things. In fact, I haven’t done much to celebrate the new moon for the last few cycles. Now I’m feeling like that haze has lifted and I’m ready to embark on some new adventures. The new moon provides the perfect magical backdrop. Thankfully, I had a little advanced notice so I can prepare.

Tapping into the power of the new moon

If you’re not familiar with the new moon’s magic, it helps to understand the various phases of the moon and the type of energy those phases provide. Basically, the new moon is a great time to embark on something new. As the moon waxes, or expands, going from new to full, it’s a time to plant seeds and focus on expansion in your life. Want a new job? Want a new experience? Want a new relationship? These are some of the things you might work on using new moon magic. This blog post provides some suggestions of things you might want to do when the new moon arrives.

On the other hand, the full moon is a time to start thinking about what you want to release in your life. As the moon wanes from full back to new, we focus on what we want to wane in our own lives. Trying to break a habit? Trying to lose weight? Want to let go of a relationship? These are all things that you might want to focus on during the moon’s waning period.

When the new moon actually arrives, it’s a good time to be reflective about those areas of your life where you want to see expansion. Clarity is key.

About the new moon in Cancer 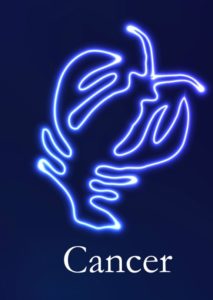 This particular new moon arrives in Cancer on July 12. Since the sign Cancer is characterized by emotion and intuition, pay attention to your feelings as you think about what you want to manifest. Has something been bothering you lately? Have you felt like something is missing in your life? If so, that’s the area you may want to focus on. You may also feel sad or moody during this new moon period. Again, look for the message that’s wrapped in your emotions.

How to Prepare for New Moon Magic

So if you’re thinking about doing something during the upcoming new moon like I am, consider the following:

As the new moon approaches, it’s a good idea to start thinking about what you want to manifest in your life. You want to be clear. When you’re wishy washy about your intentions, you get wishy washy results. Take some time to think about what areas of your life you want to focus on during this particular new moon period.

Some people create long lists of things they want in their life. Personally, I believe in the power of focus. I don’t want to spread my attention too thin by trying to manifest 10 things at once. Rather, I focus on one or two things and then I can focus on manifesting other things during other new moon periods. Writing down what you intend to manifest during this new moon could be helpful.

While the waxing moon is about expansion, the full moon and waning moon are about release. As the new moon approaches, think about what might have been released in your life in the last couple of weeks. Remember, release often precedes manifestation. When we let go of something, we make room for something new. So if you’ve recently experienced a loss, particularly in the last couple of weeks, express gratitude for it because is is paving the way for something new. 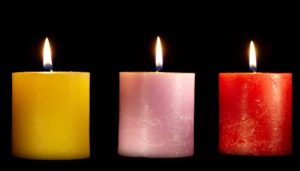 I don’t conduct rituals during every new or full moon, but this time I think I want to. While you can conduct a ritual for expansion any time during the waxing period, I prefer to do it on the actual day or night of the new moon if I can.

If you’re interested in moon rituals, you can find many in the book, Moon Spell Magic. Some of the rituals require supplies that you may not have on hand, so it can be helpful to gather what you need before the night of the new moon. I often light a candle to focus my intention, and choose a color for my candle that represents what I want. Other rituals include using essential oils to create a special manifestation oil. You can also simply write down what you want to manifest during this new and waxing moon.